Cappadocia is the common name of the area covered by the provinces of Aksaray, Nevsehir, Nigde, Kayseri, and Kirsehir in the Central Anatolian region of Turkey.
Vulcanic eruptions formed a large mesa and together with the erosion of the Kizilirmak river and wind over ten thousands of years formed the chimney rocks seen in these views.

In the Bronze Age Assyrians lived in the region and then later Hittites, Byzantines, and others. The first Christians escaped from the persecution of the Roman Empire in the 2nd century B.C. and came to the Cappadocia where they built housing in caves and dug underground cities for protection. These underground cities contained storerooms, ventilation chimneys, kitchens, churches, abbeys, water wells, toilets, and meeting rooms. At the access gates of tunnels leading to the cities there were huge stone rollers that could seal off access when the colony came under attack. (thanks to http://www.cappadociaturkey.net/)
Read More 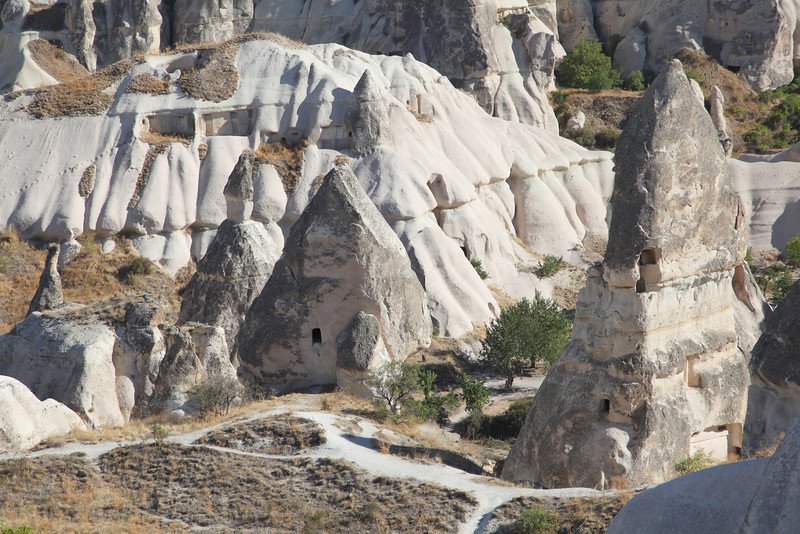